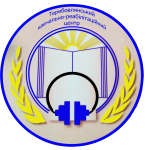 Kyiv is the capital of Ukraine. It's one of the oldest cities of Europe. Last year we celebrated the fifteen hundred twenty fourth anniversary of its foundation. There are many places of historic interest in it. Among them there are the Kyivo-Pecherska Lavra, the Golden Gate, the St. Sophias Cathedral and others.

Kyiv is situated on the picturesque banks of the Dnieper river. It is one of the most beautiful cities of Europe. One half of Kyiv's territory is occupied by parks and gardens. The population of Kyiv is about 3 millions.

Kyiv is a large political, industrial and cultural centre. Kyiv is a seat of the higher body of state power of Ukraine, the Verkhovna Rada.

Kyiv is a scientific centre. The Academy of Sciences of Ukraine and many research institutes are here. Kyiv's cultural life is rich and varied. There are many theatres, museums, exhibitions in Kyiv.

The national art of Ukraine (paintings, sculpture and drawings) is shown in the Museum of Ukrainian Art.